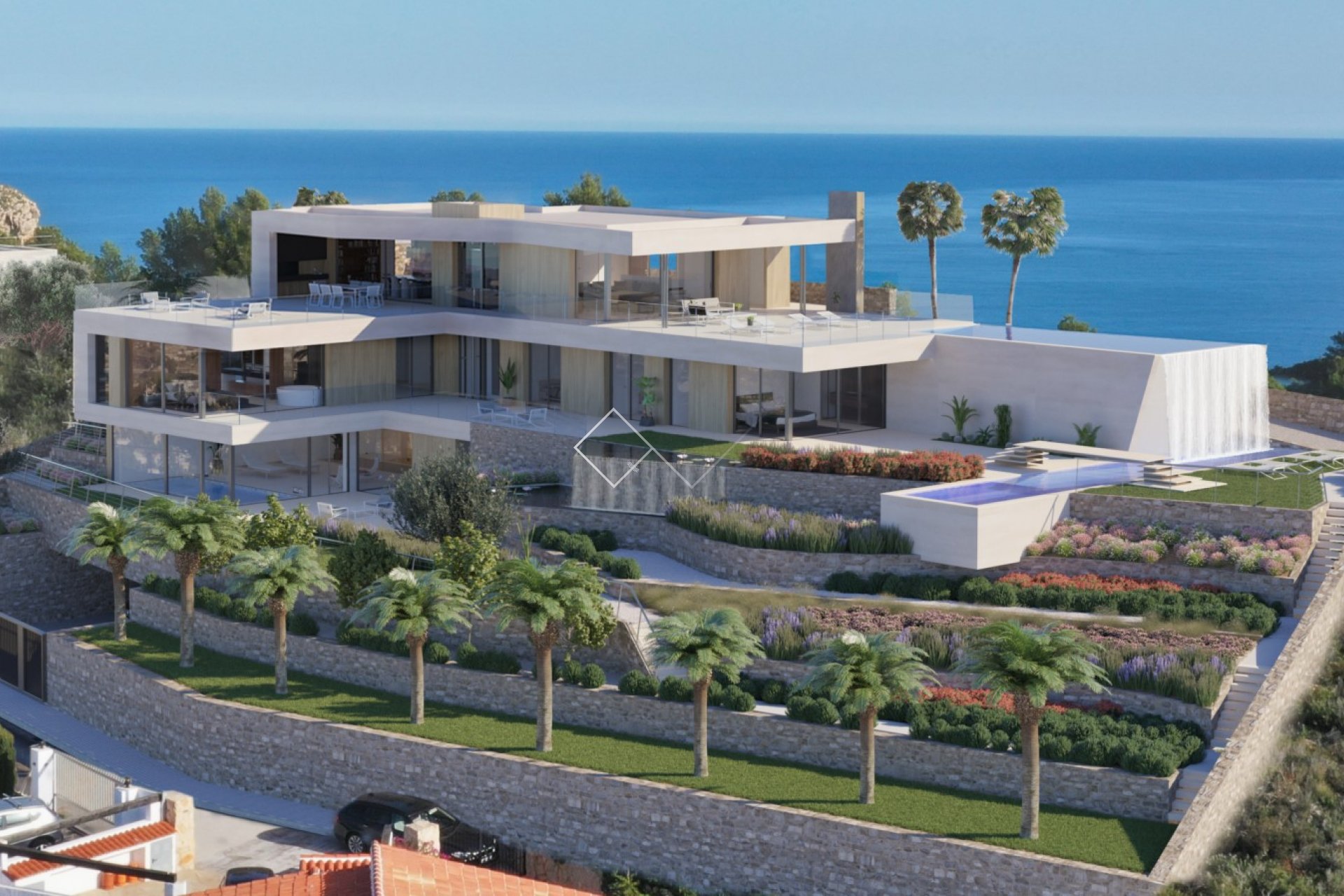 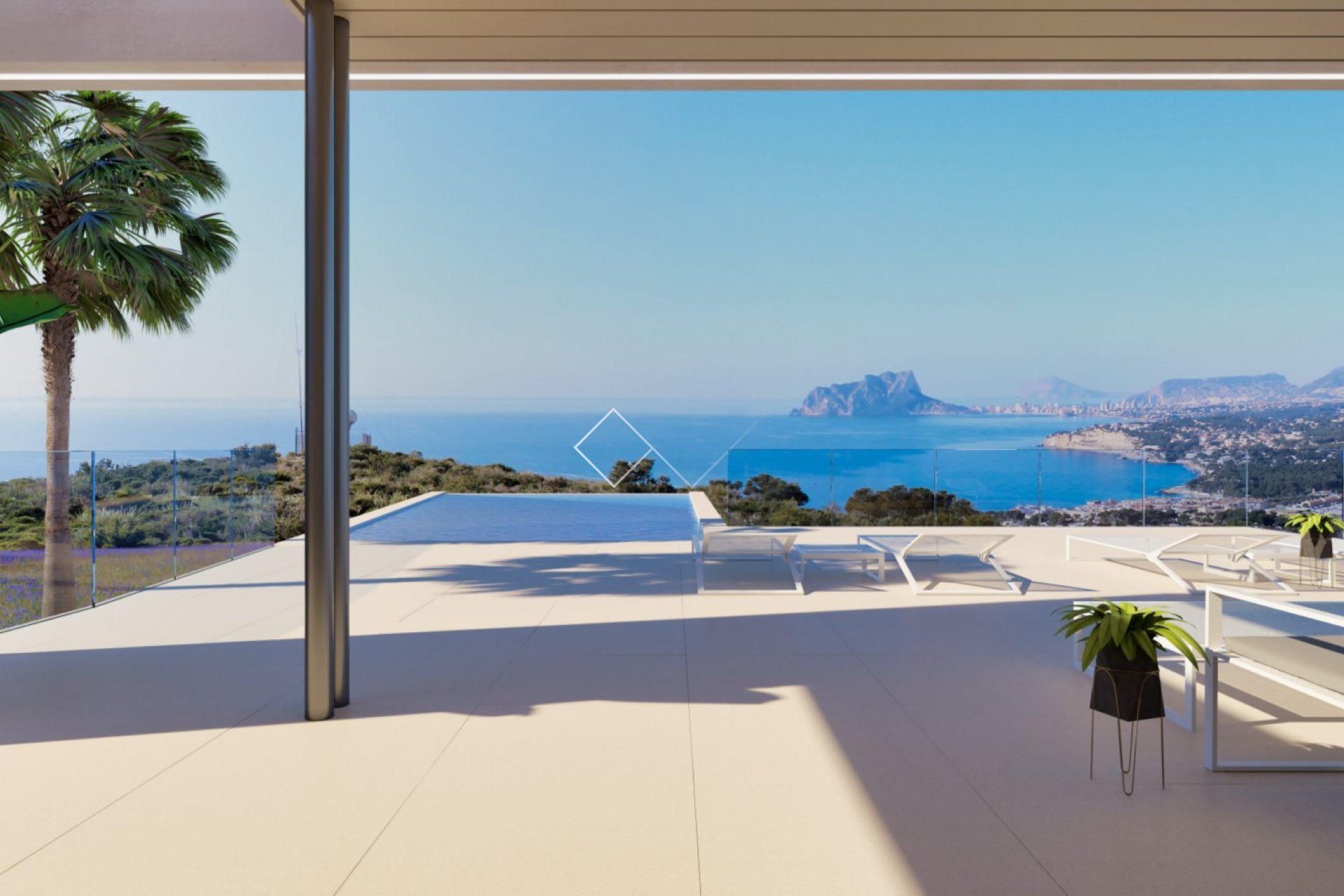 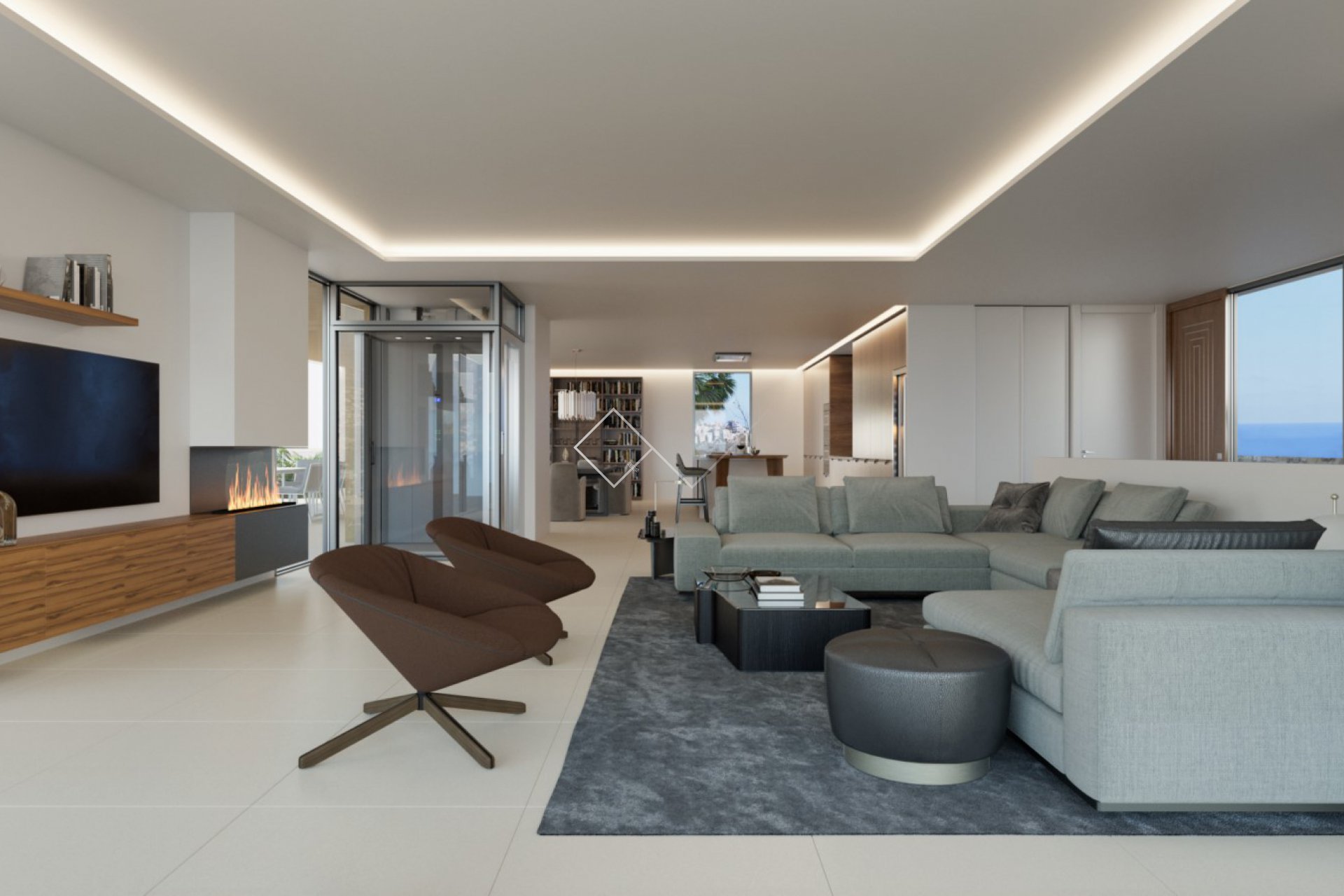 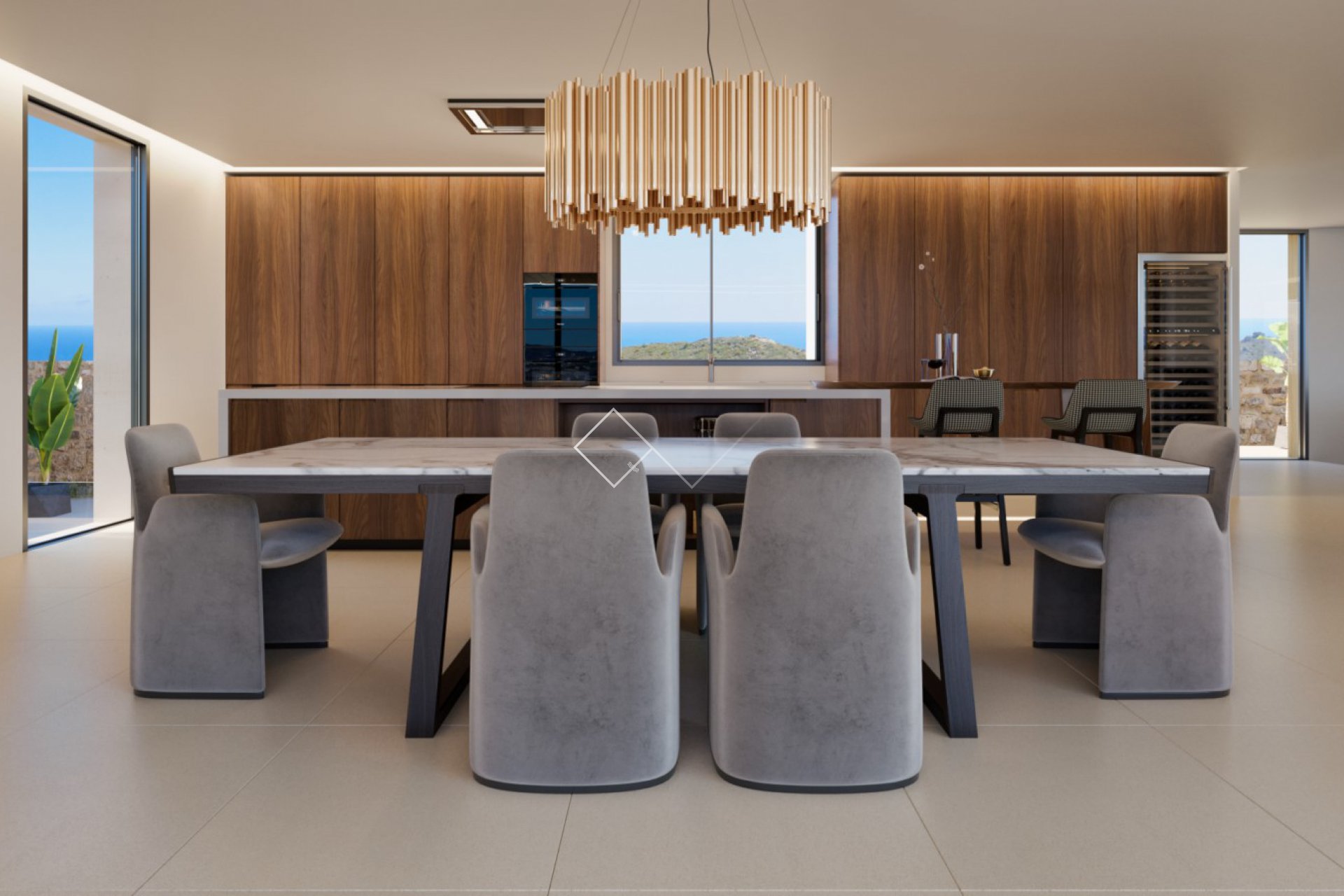 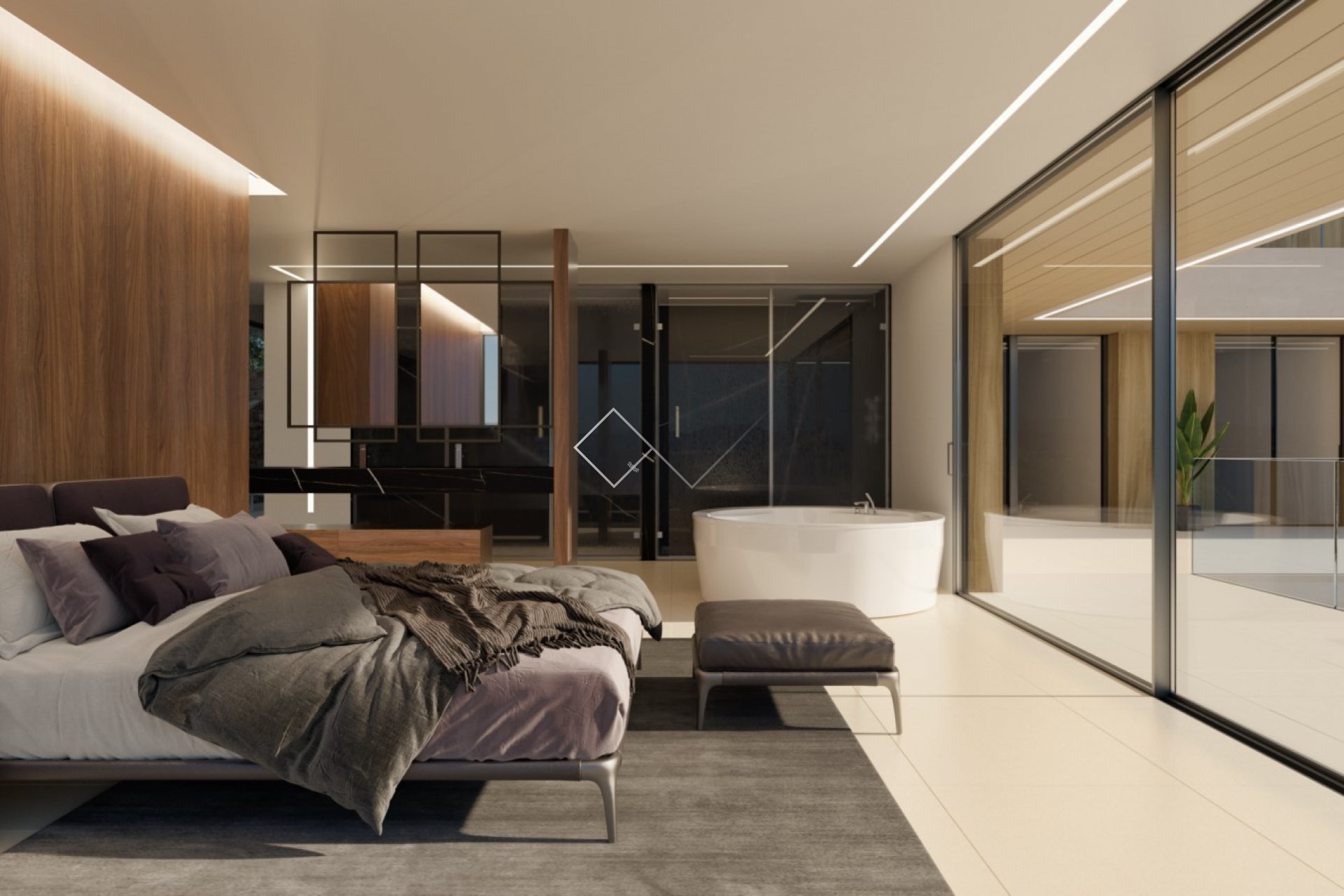 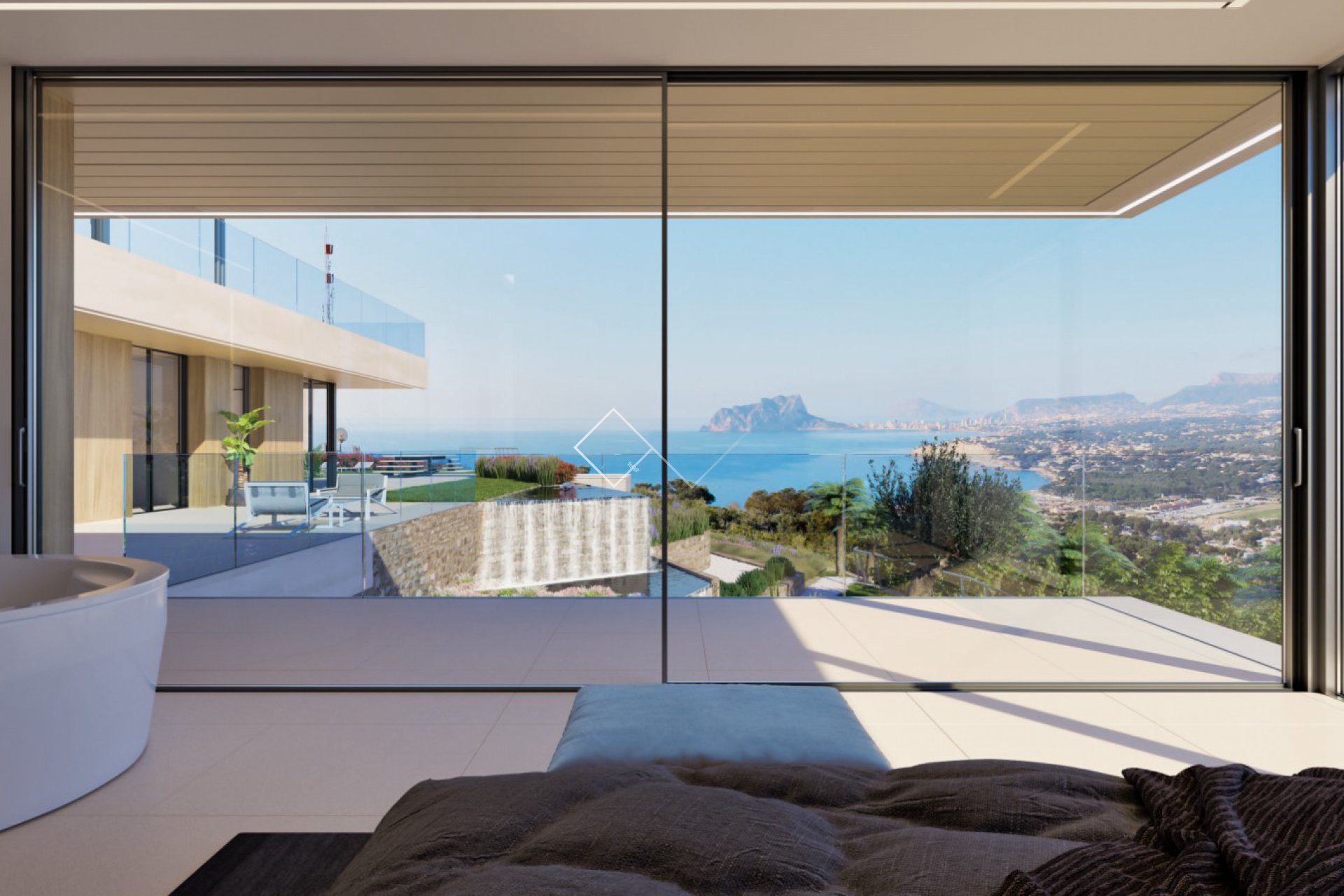 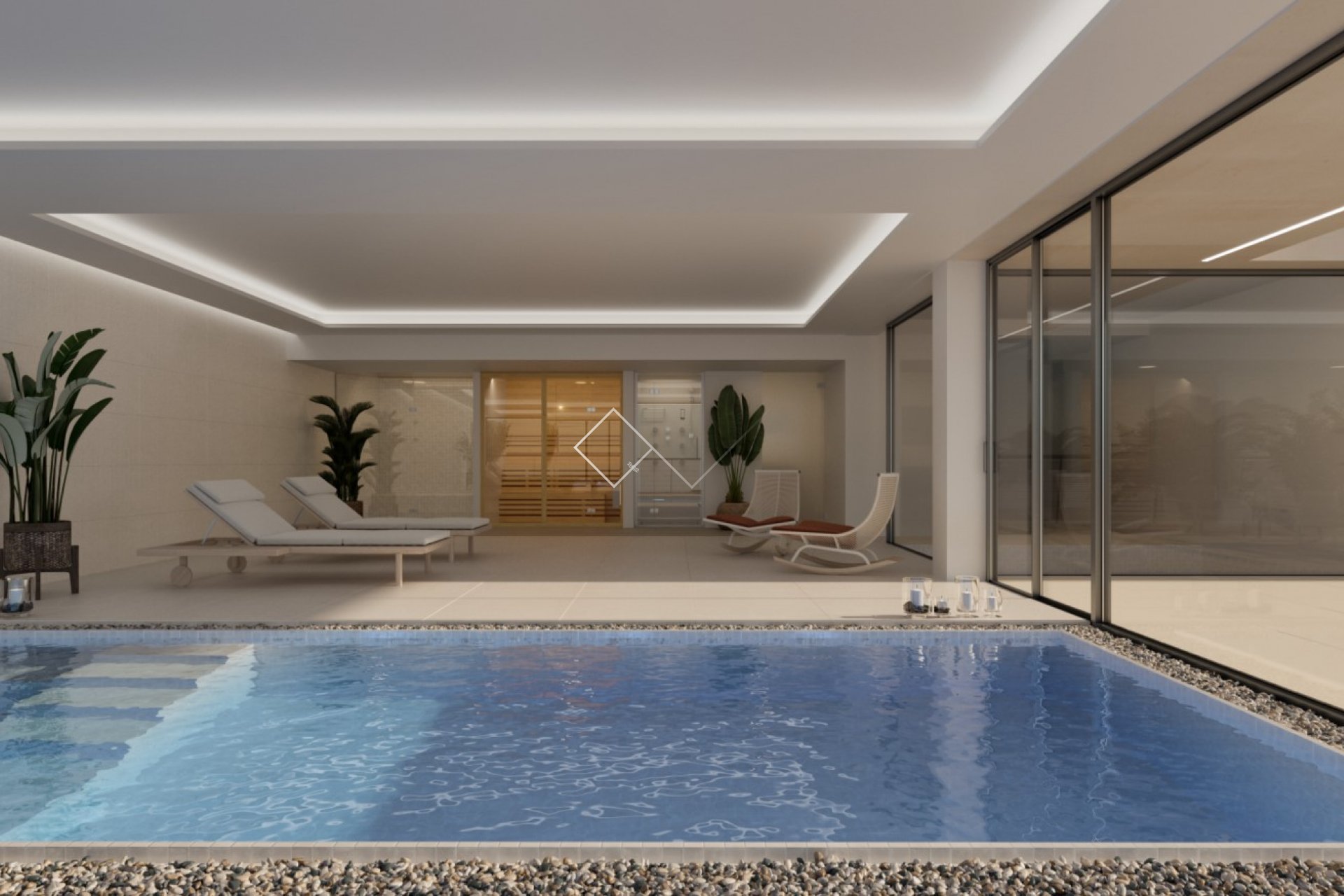 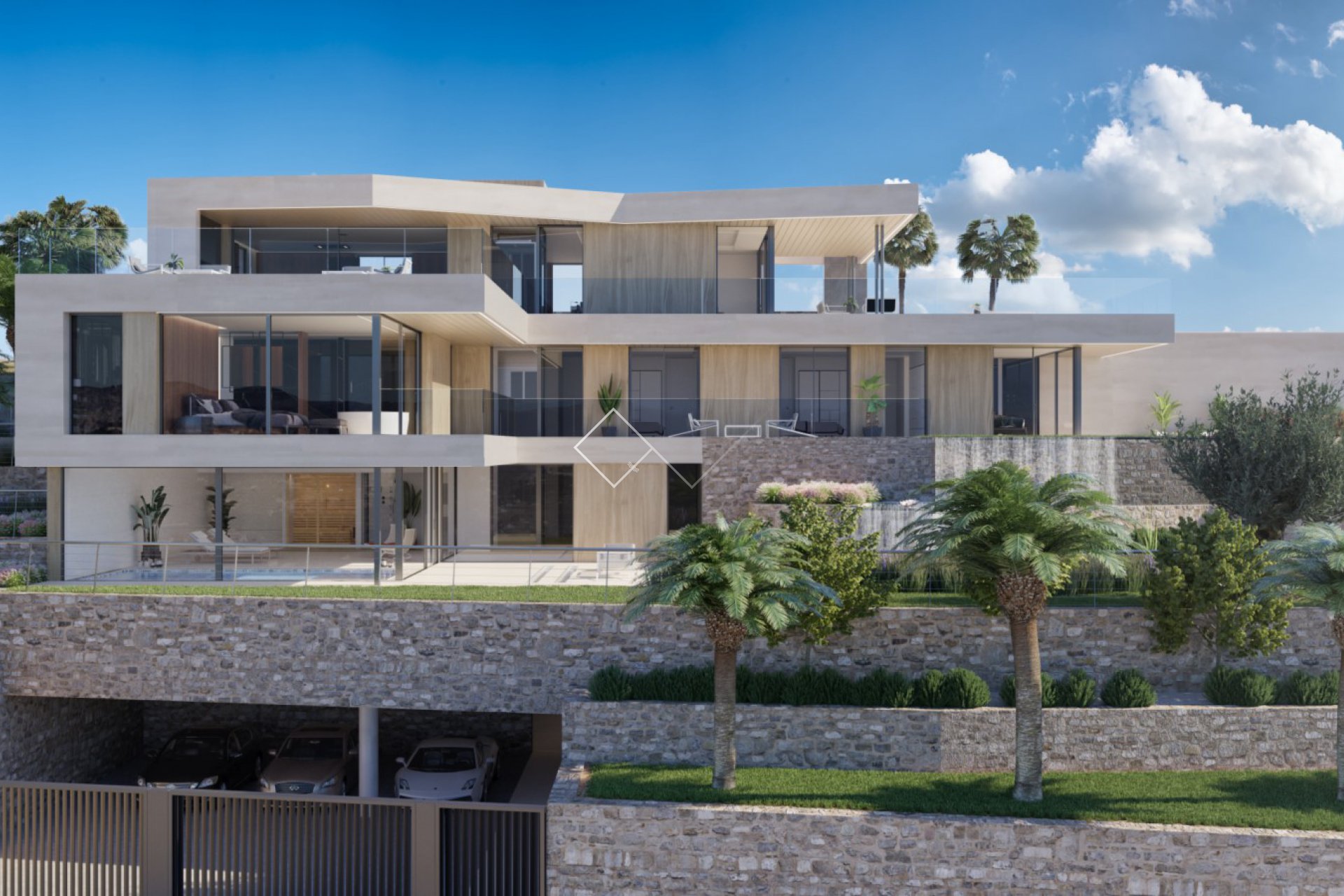 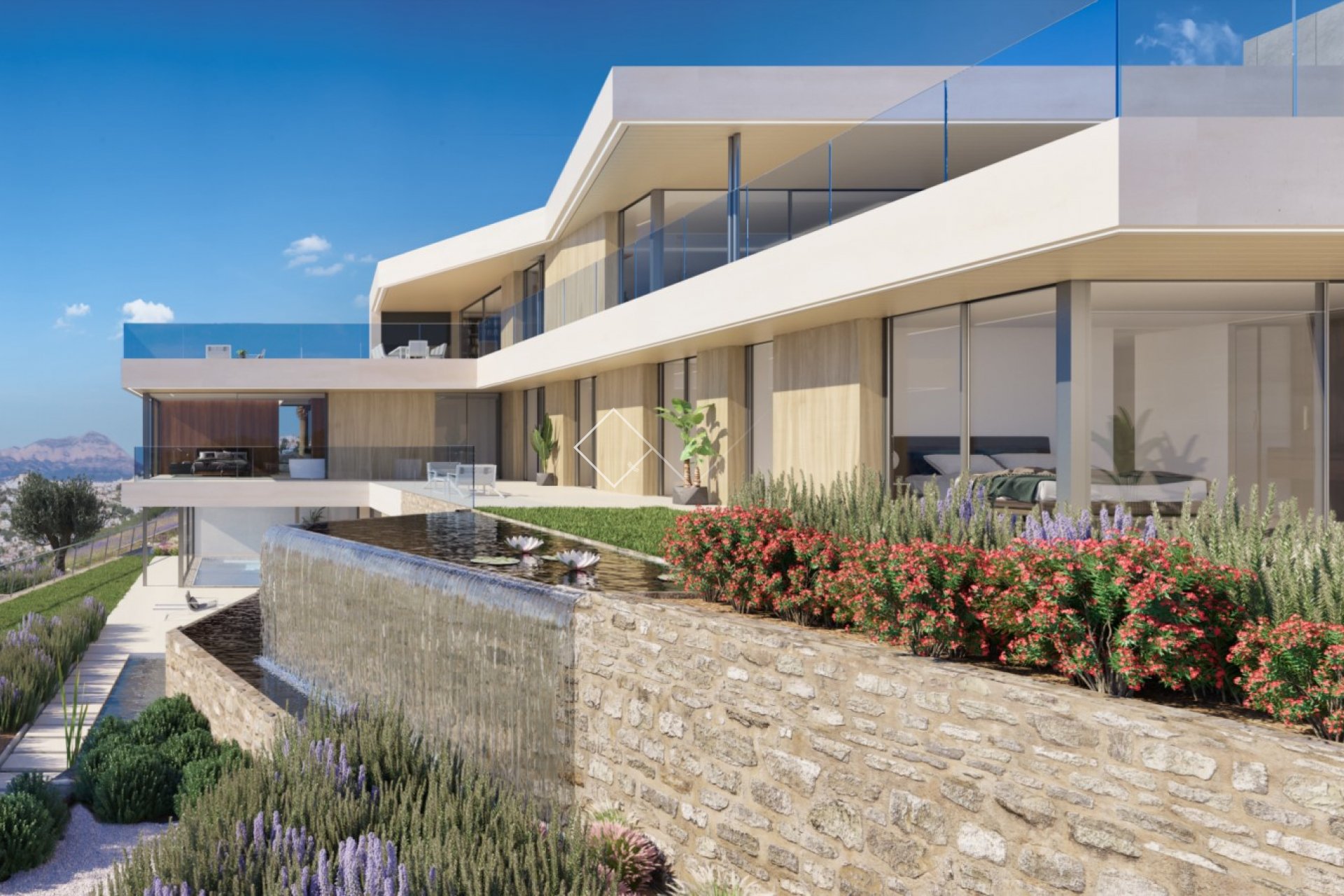 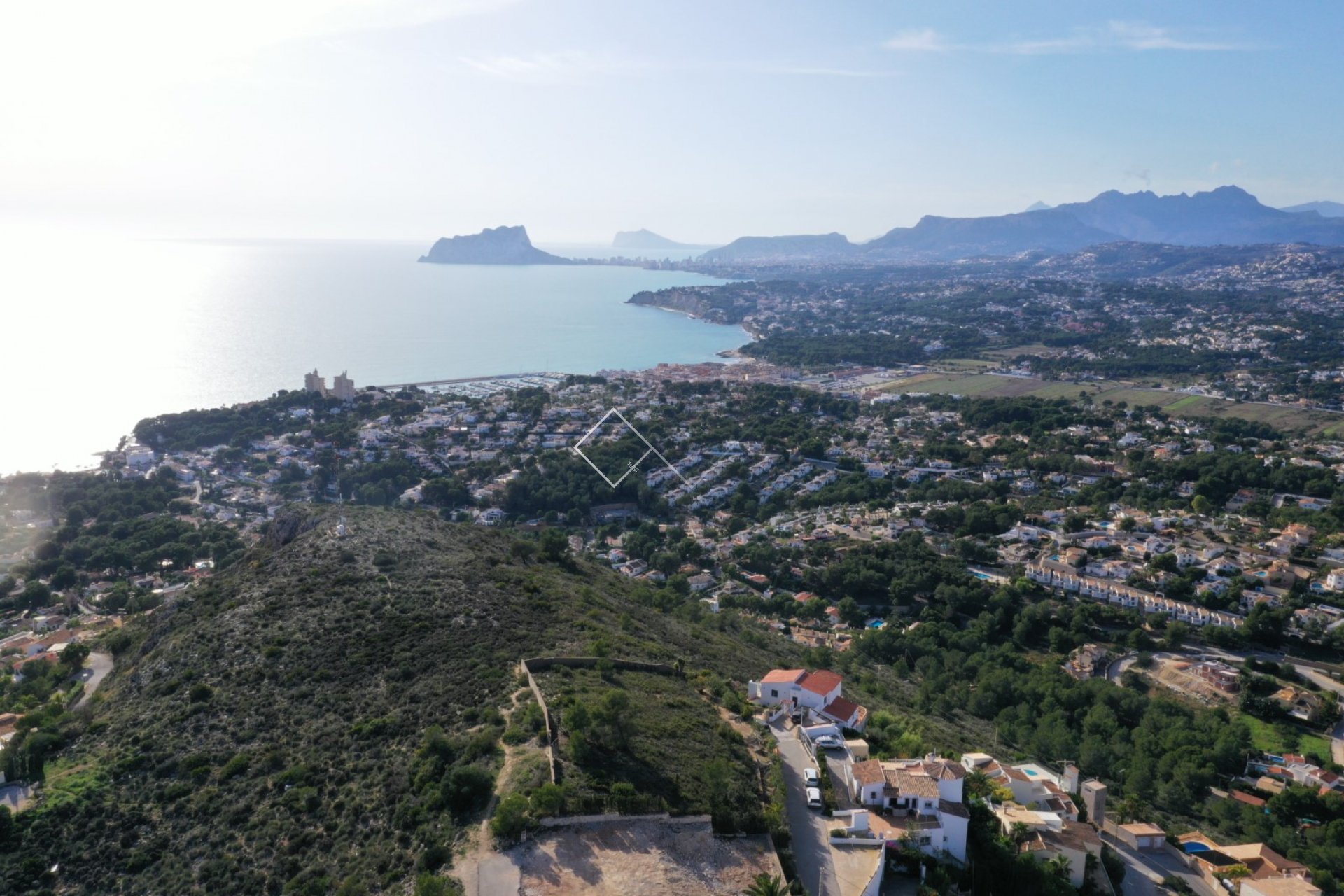 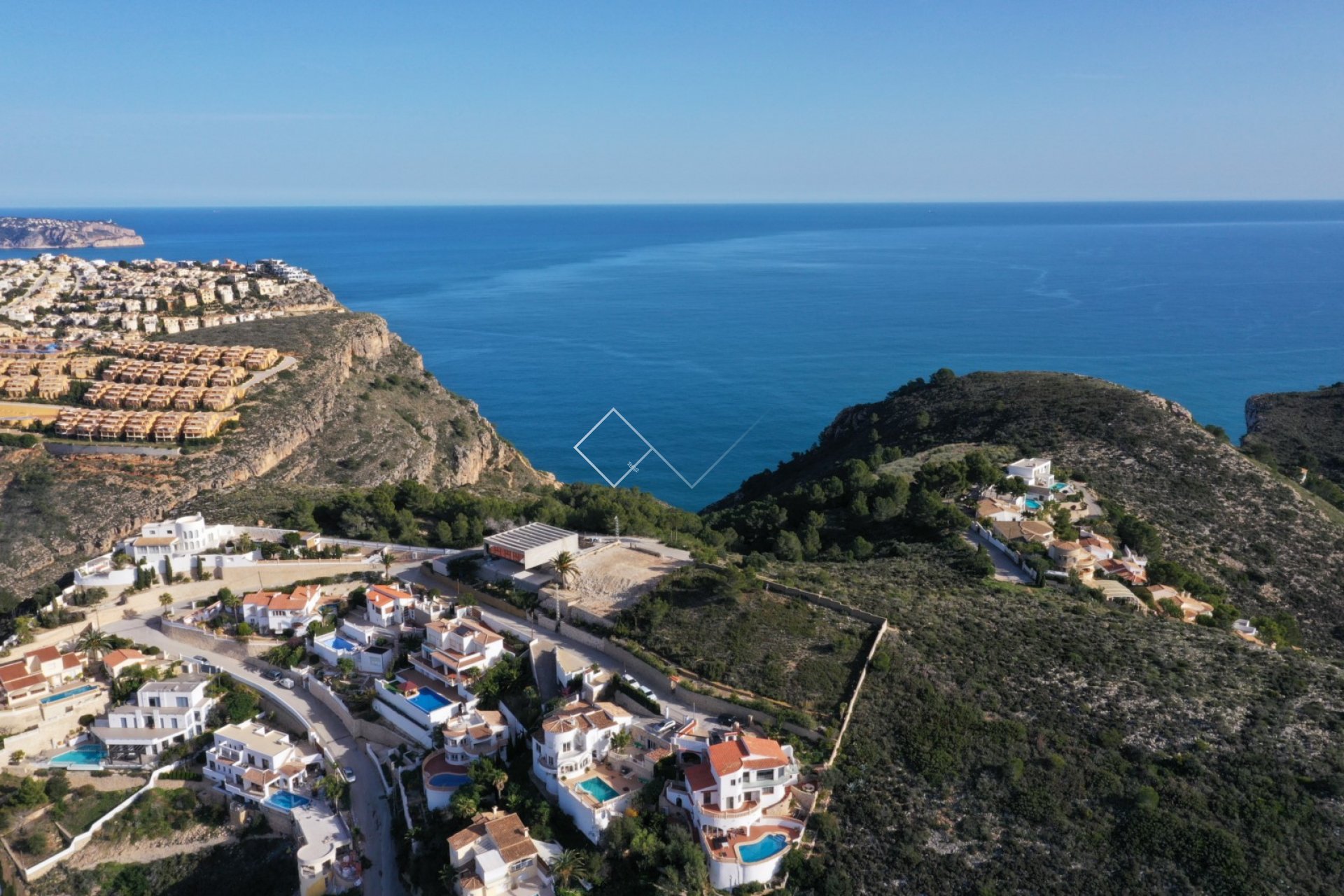 Grant villa to be constructed on a top of a hill in Moraira, Arnella / El Portet with uninterrupted 360 views. You have spectacular sea and mountain views and on a clear day you can even see the isles of Ibiza and Formentera.

This villa is set on a plot of 1.715m2 and has 4 stories, is fully equipped and finished with first class materials and accessible via stairs as well as a panoramic lift.

The distribution is as follows:

This house will be equipped with a lot of extra's. Do not hesitate to ask us for more information. 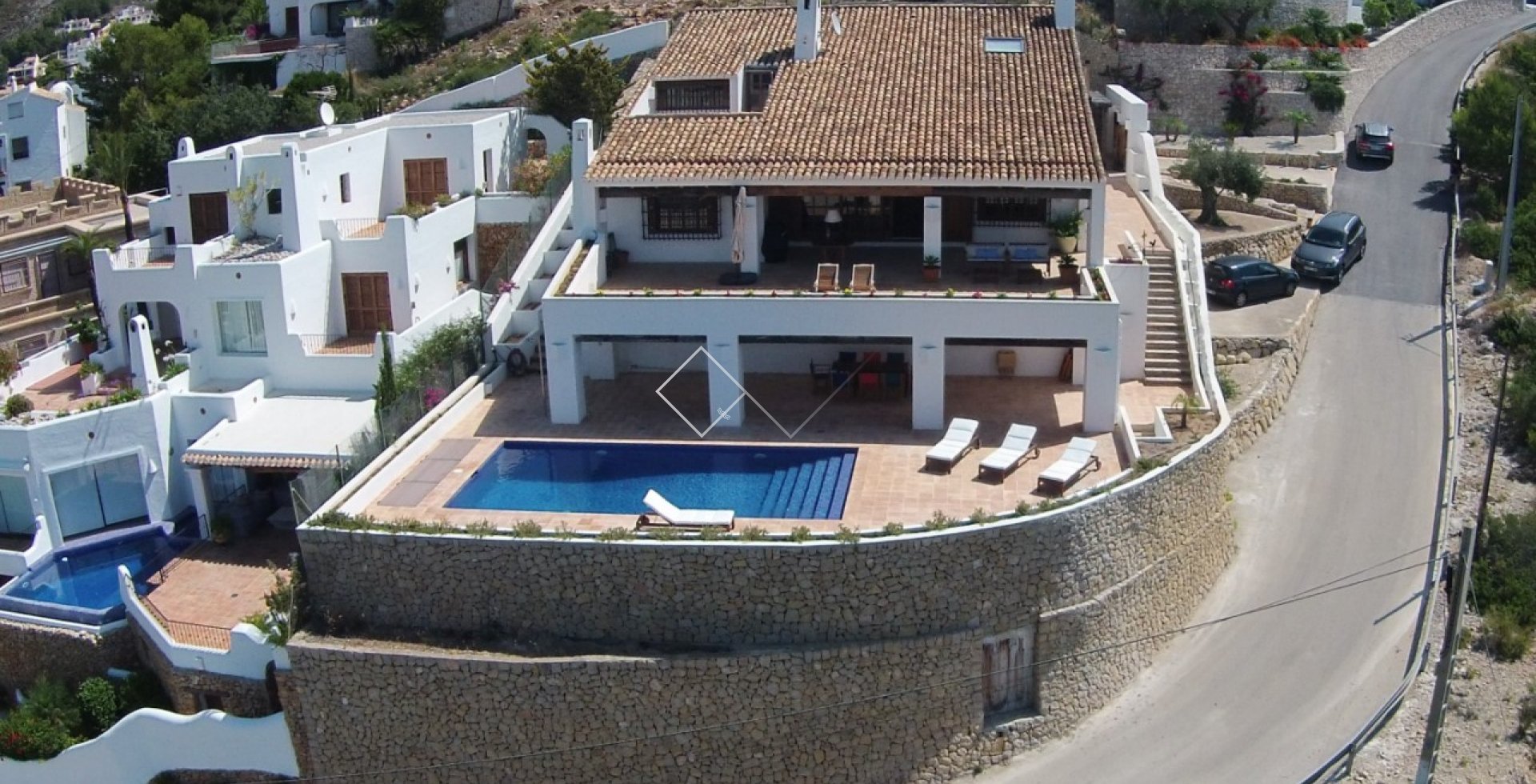 We have received your request regarding the property reference: 3771. One of our agents will contact you as soon as possible.

We have received a request for a report if you lower the price of the property with the reference: 3771